A strong tornado passed very close to the Columbus, MS 88D tonight.  Winds were measured by the 88D up to 163 mph around 250 feet. Several other scans measured winds into the 140′s.  A debris ball and correlation co-efficient dropout indicated debris.  It’s pretty unusual to have a strong tornado so close to an 88D. But it has happened a few times in the past 30 years.

Also of note is a smaller satellite vorticie/tornado just northwest of the RDA.  It had winds to 90 mph. 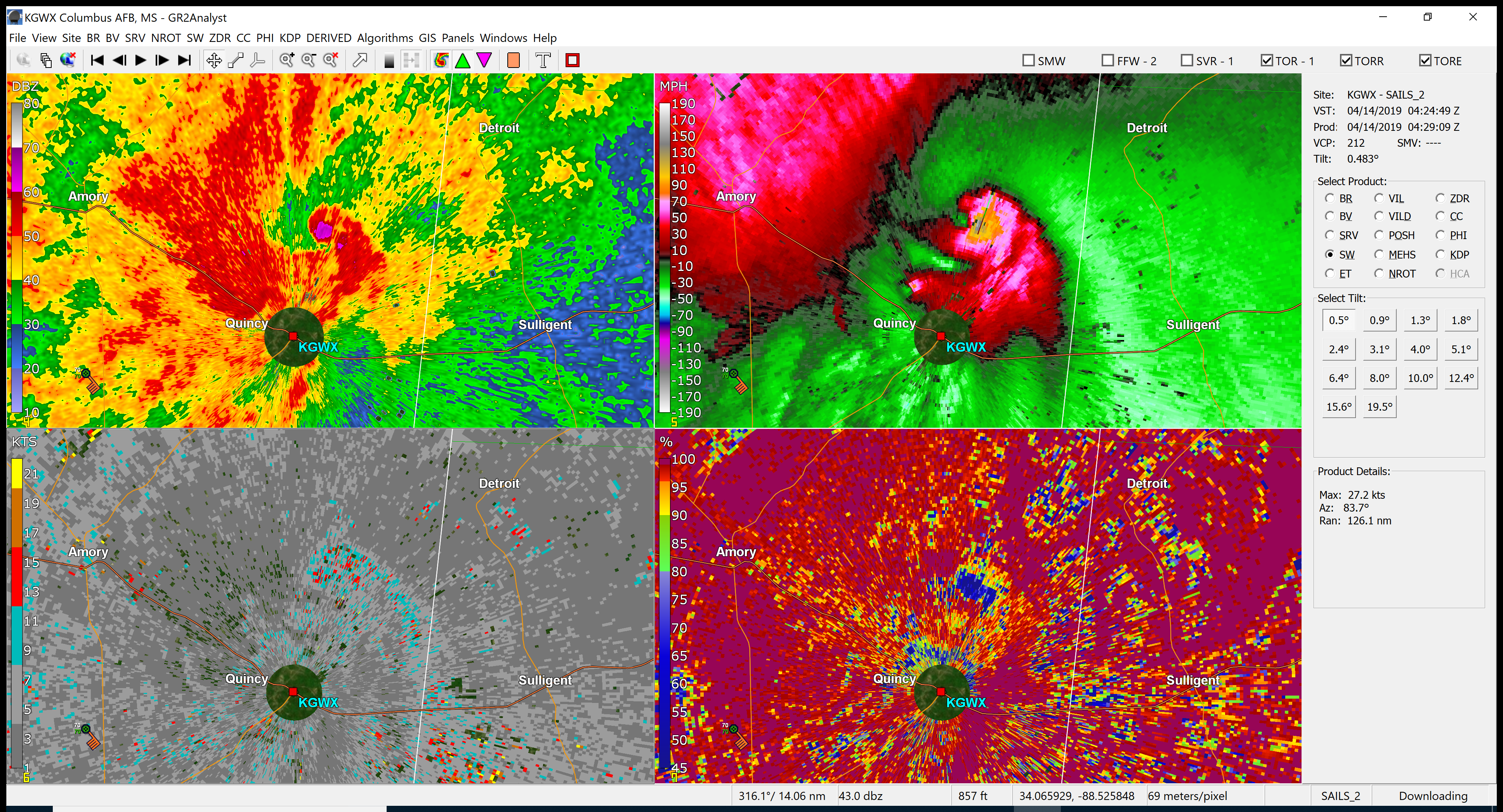