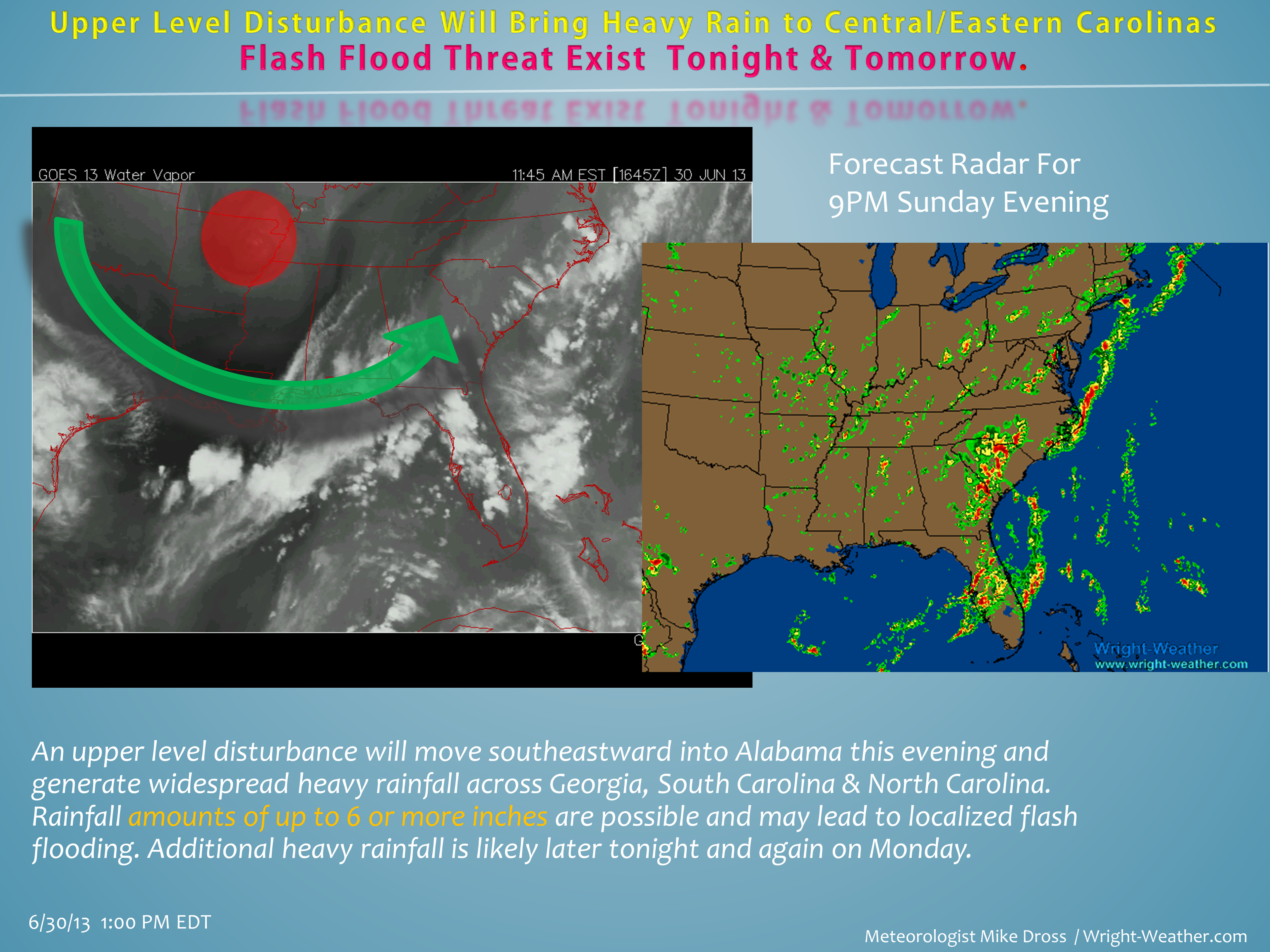 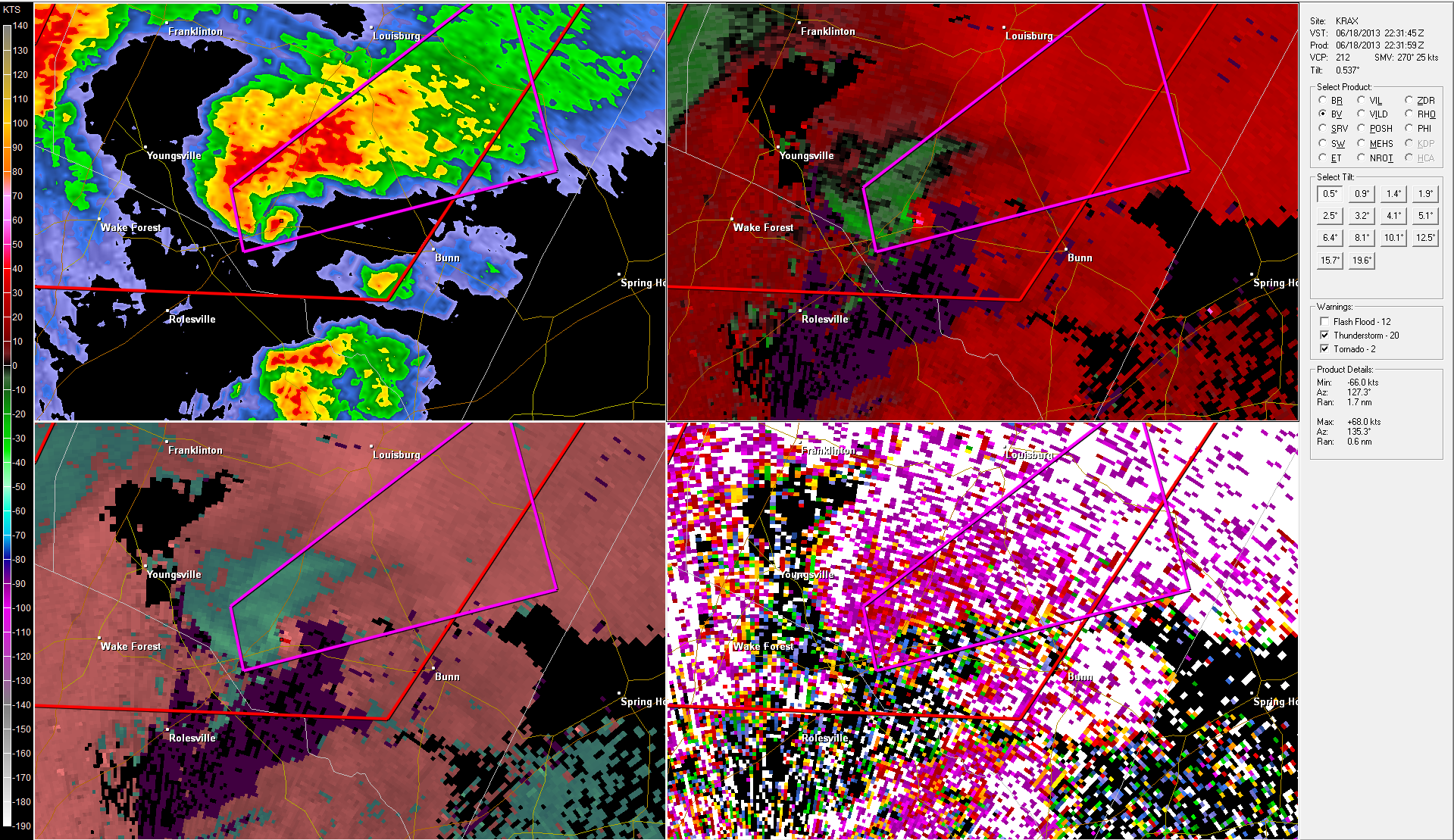 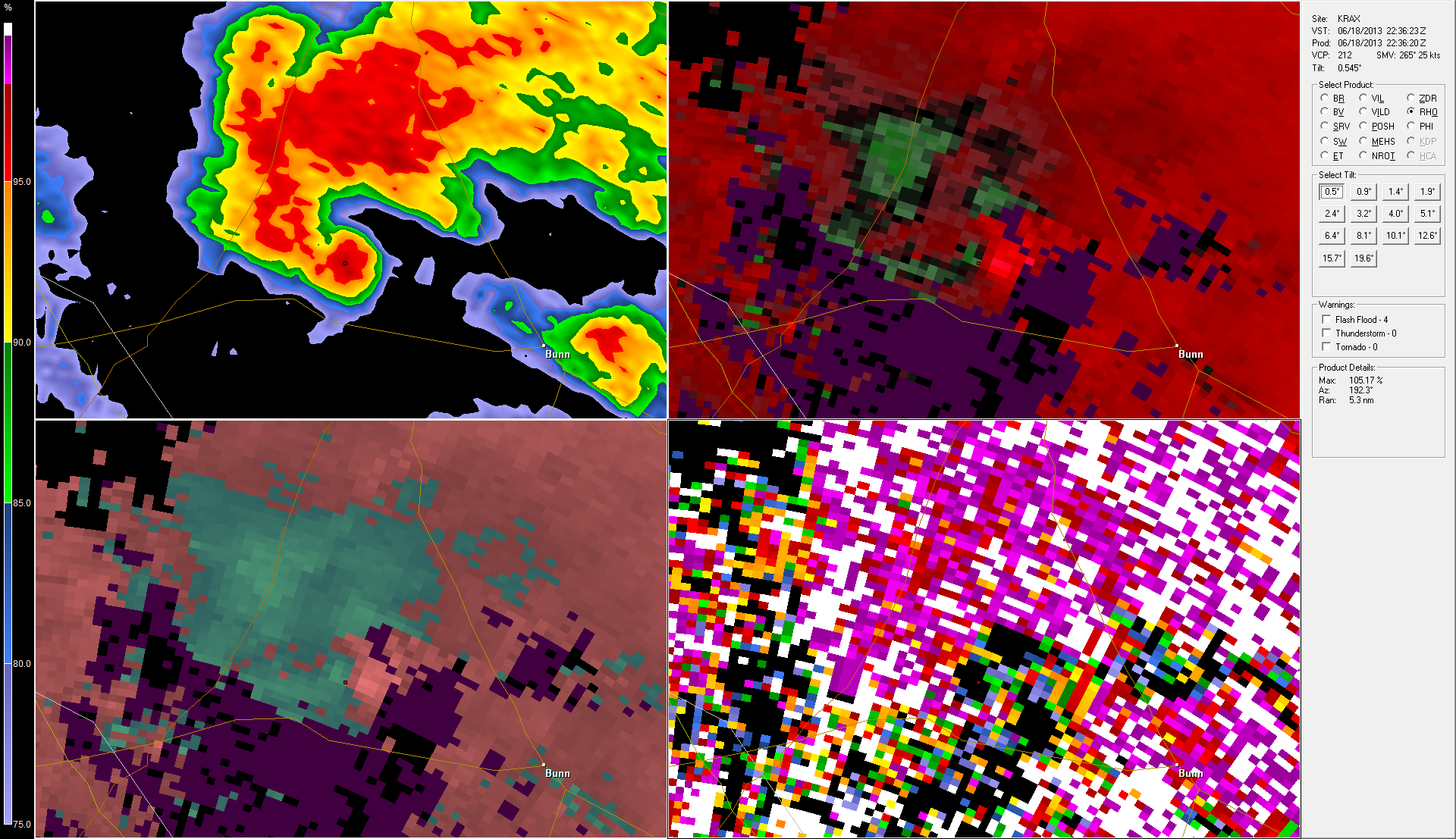 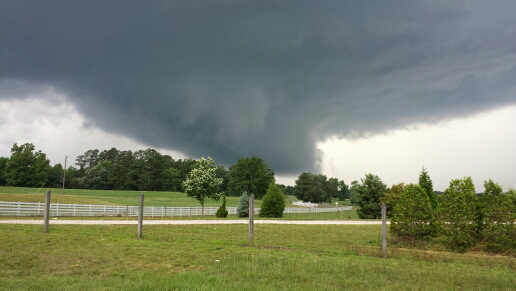 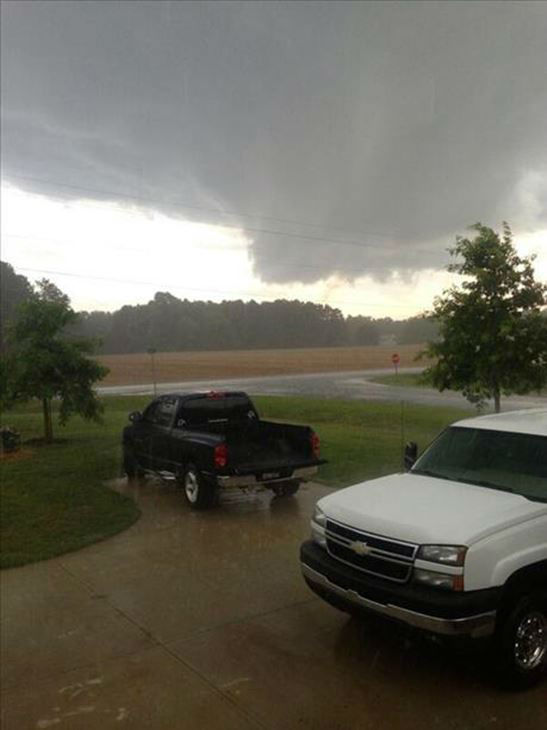 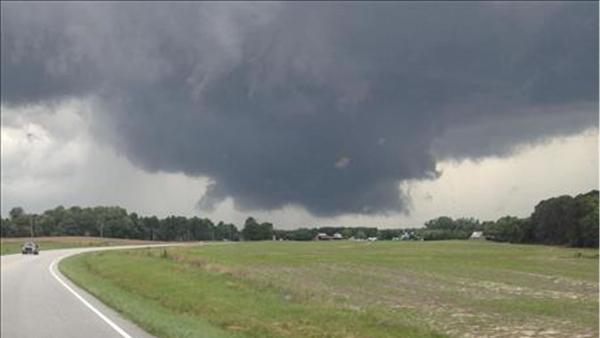 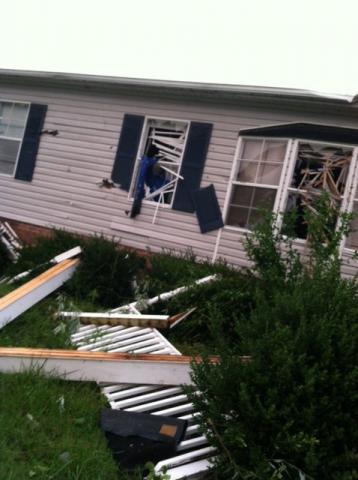 Did the 88D at FFC capture a Tornado ?  Dual Pole data may have picked up some debris.  Survey may tell later today.  Here is a screen shot I took last night while the event was unfolding. The velocity data was not very compelling, but in the previous 3 volume scans there were much better indications of a circulation. 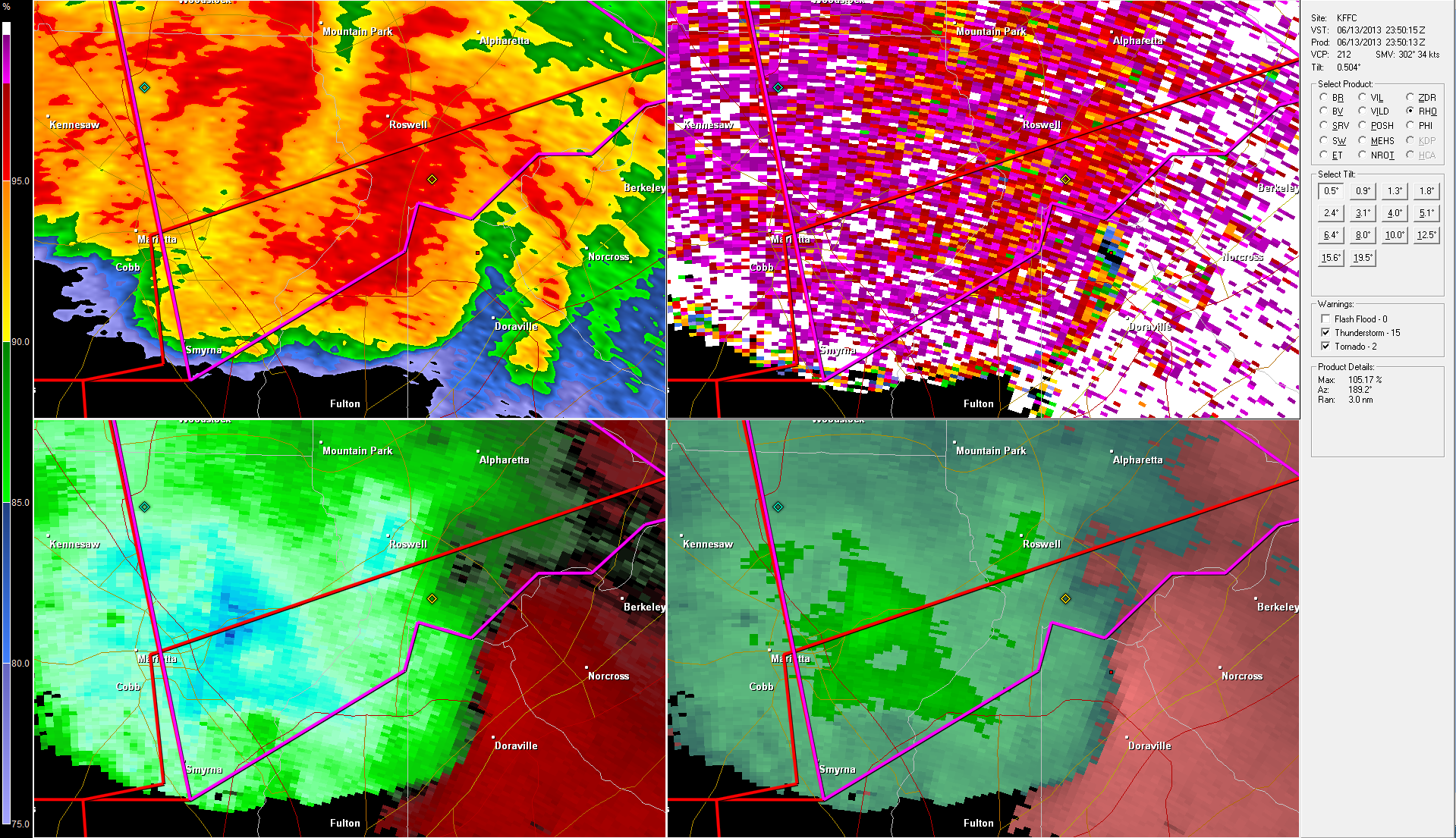 Update: I pulled the archive data from last night. Here are previous volume scans. You can see the progression of the development of the CC min & other radar data. 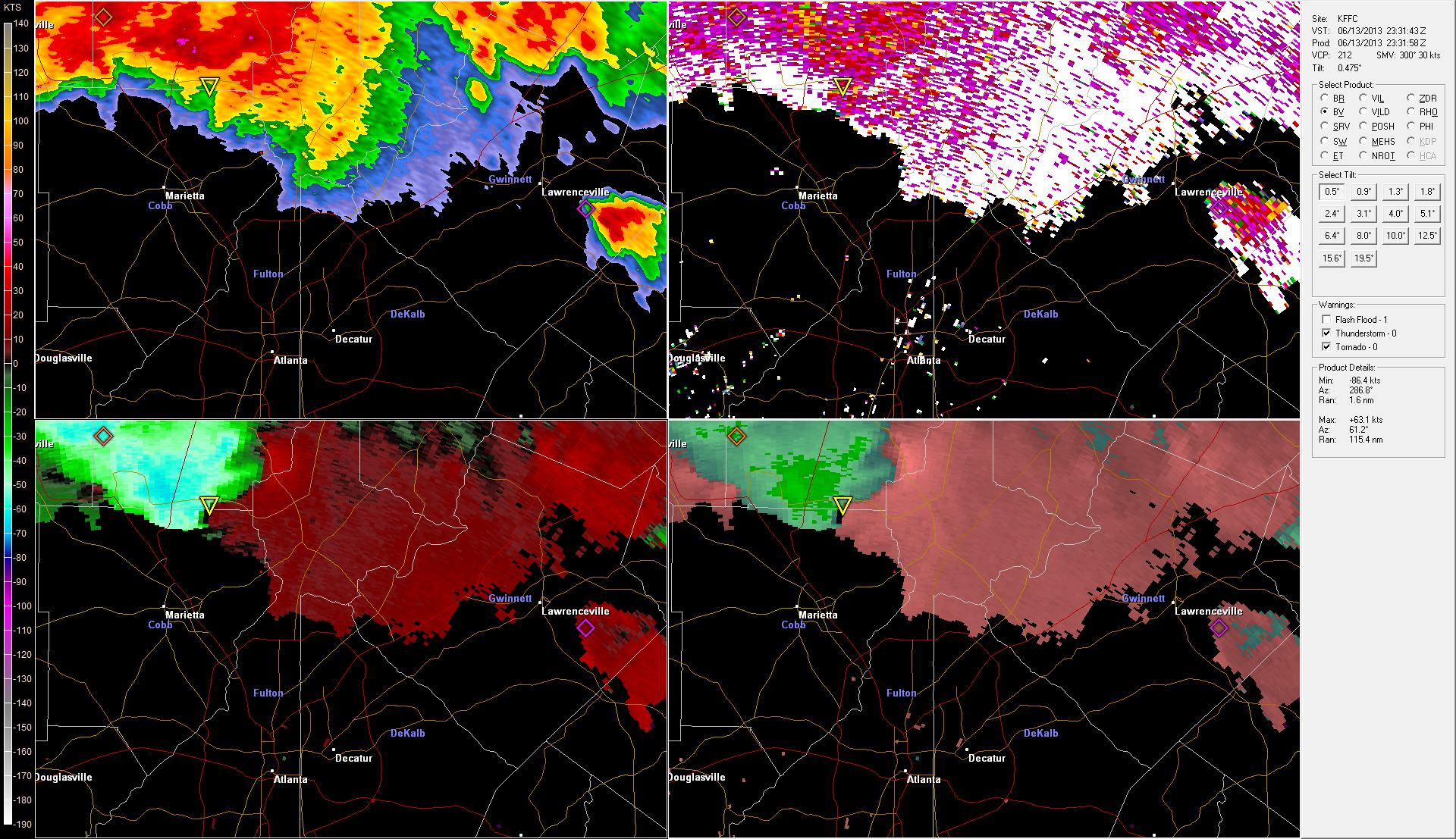 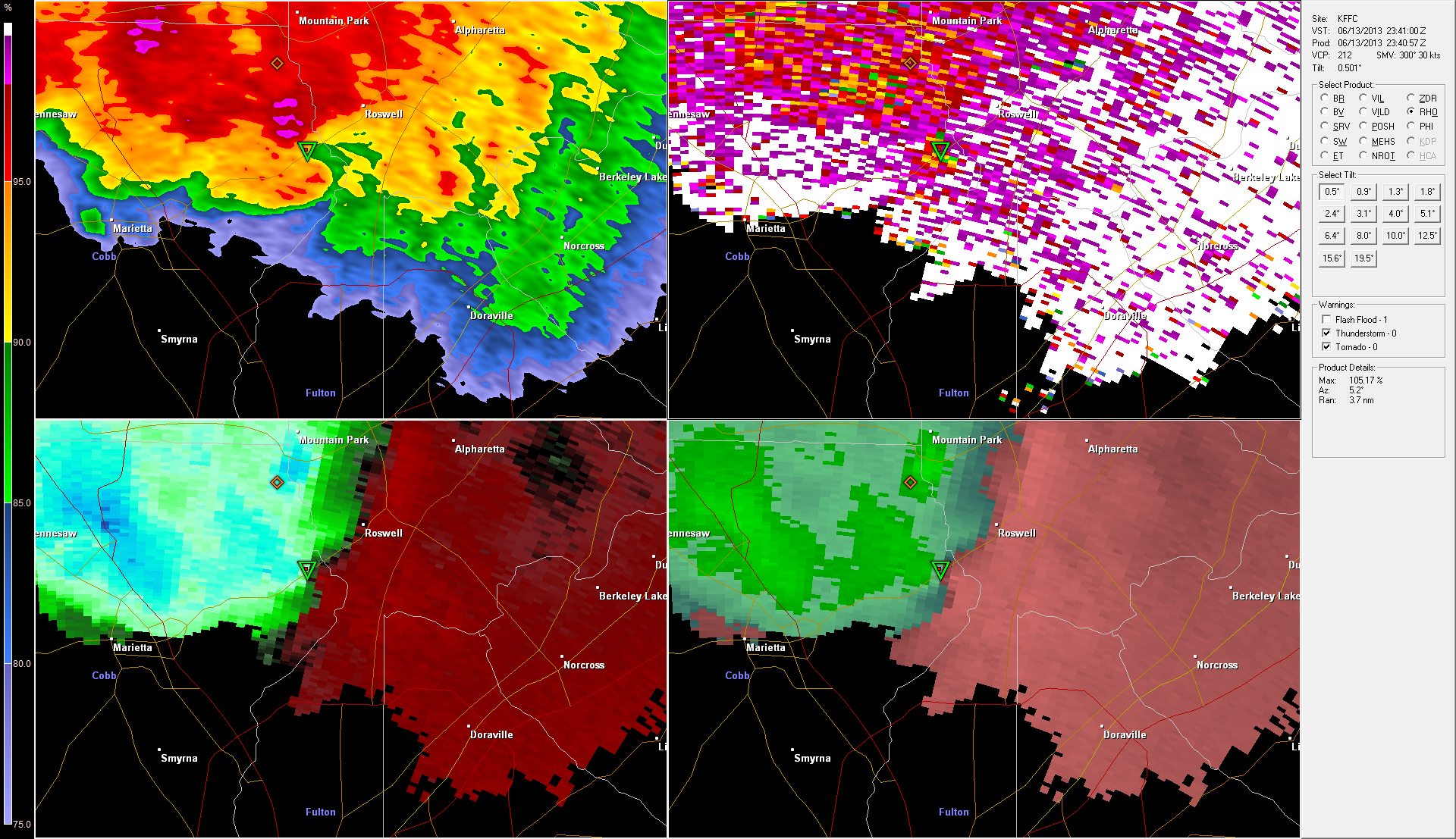 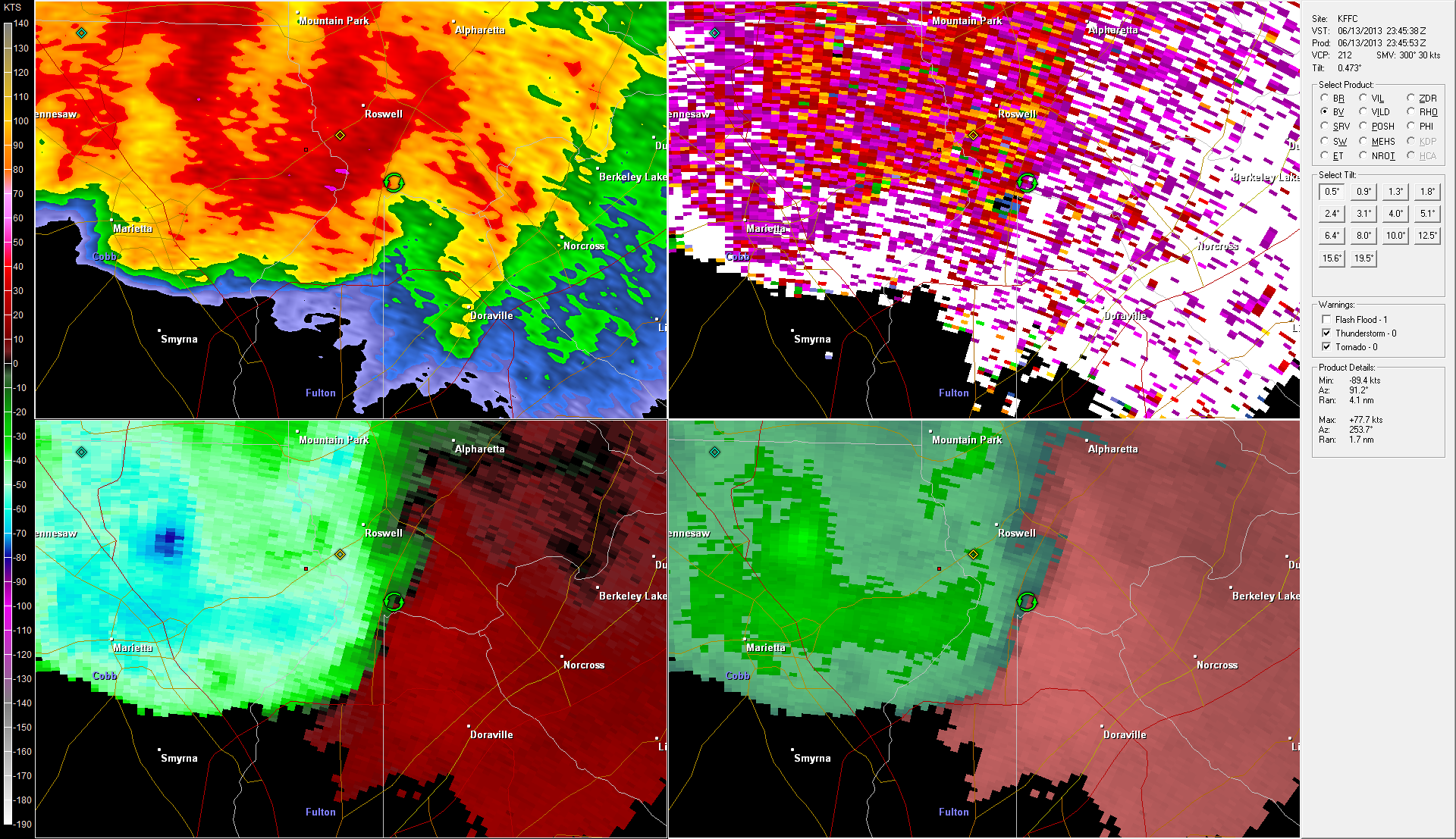 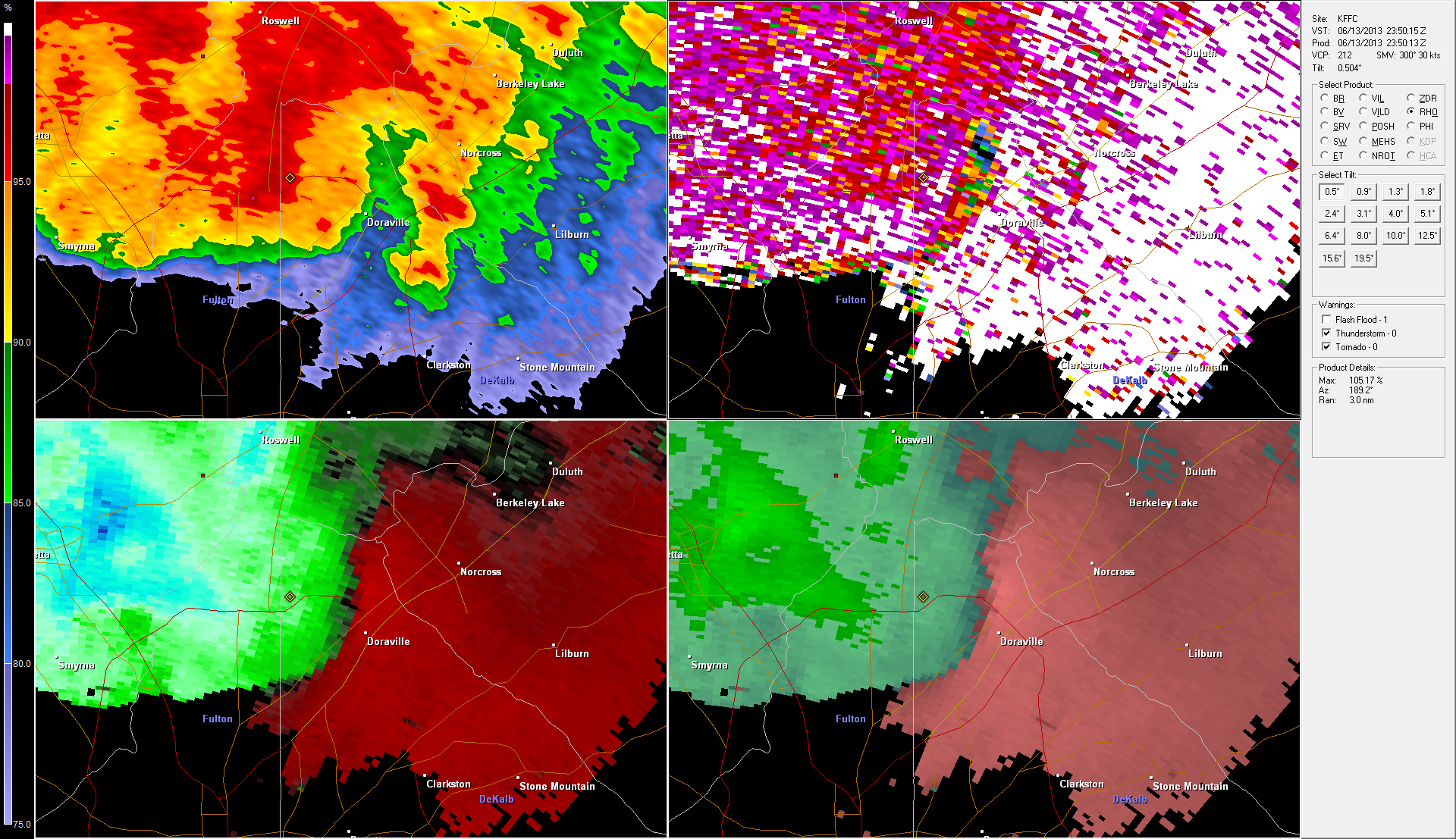 Complicated forecast for the Ohio-Valley into West Virginia and Western Pennsylvania, Wednesday into Thursday Morning.  As indicated in last nights discussion, synoptic forcing is very strong and will create favorable conditions for a large area of severe weather as an intense low pressure for this time of year, moves across the Ohio Valley.  The primary forecast problems are the convective mode that the storms take once they develop and whether the downstream ambient environment is contaminated by earlier convection that will disrupt the inflow and stabilize the boundary layer.  This is exactly what happens with the WRF-NMM and WRF-ARW 4KM models, each a little bit differently.  The WRF-4KM NAM CONUS Nest does not, and creates very little convective contamination prior to the main system arriving and develops a very dangerous environment across IL/IN/OH/ Western PA that would support a widespread severe weather event with supercells. While not explicitly, it would likely yield some tornadoes given the intense parameters it is generating.

Below are some animated GIF’s from the WRF-NMM to illustrate the forecast issue of convective contamination of the environment prior to the main forcing/convection related to the surface low.  If this AM convection does not develop across WV/VA as indicated, the stable outflow may not be near as strong and may not provide the cool theta-e values and therefore not weaken the main convective system as much or at all when it arrives late Wednesday night.

WRF-NMM  Note the Theta-e minimum associated with the AM convection across WV/VA mountains that works westward and helps weakens the approaching convective system late Wednesday night as it arrives in OH.

Even as it is,  with some possible convective contamination. The mesocale models are generating some strong indications of a wide spread severe weather event.

Across the Ohio-Valley Wednesday into Wednesday night, the  0-1km helicity and the 0-6km shear will increase as the surface low deepens and the upper level shortwave approaches.  Kinematic forcing will favor the formation of supercells and possibly tornadoes over a fairly large area, but the most favorable location will be just south of the stationary front/warm front which will maximize the 0-1km helicity.

Here is just one of the Updraft Helicity products from the various mesoscale models. This is from the WRF-NMM. It’s developing a long lived Supercell from just west of Chicago and tracking it southeastward. Other supercells develop across Indiana and Ohio. This is one of the longest and most intense updraft helicity values I have seen since observing these parameters.

Forecast Sounding near Wooster, OH this evening at 00Z. Very Unstable atmosphere in place ahead of main forcing. Supercells and tornadoes are possible if convection can develop  ahead of main convective system.

While the threat from widespread damaging wind is certainly high and linear mode convection may very well be the primary mode of convection for the duration of this event. I feel that there very well may be a period of time where there are either discrete supercells or embedded supercells with in a line. Given all the parameters, I believe the tornado risk is quite high along and just south of the stationary front from Central IL through IN into OH.  This is a highly conditional forecast, since convective contamination from earlier storms may affect the environment or if the system becomes a large bow-echo or derecho very early in the evolution, then the tornado risk is greatly reduced.

Here is a map outlining the risk area of tornadoes based on all the available guidance through 05Z. 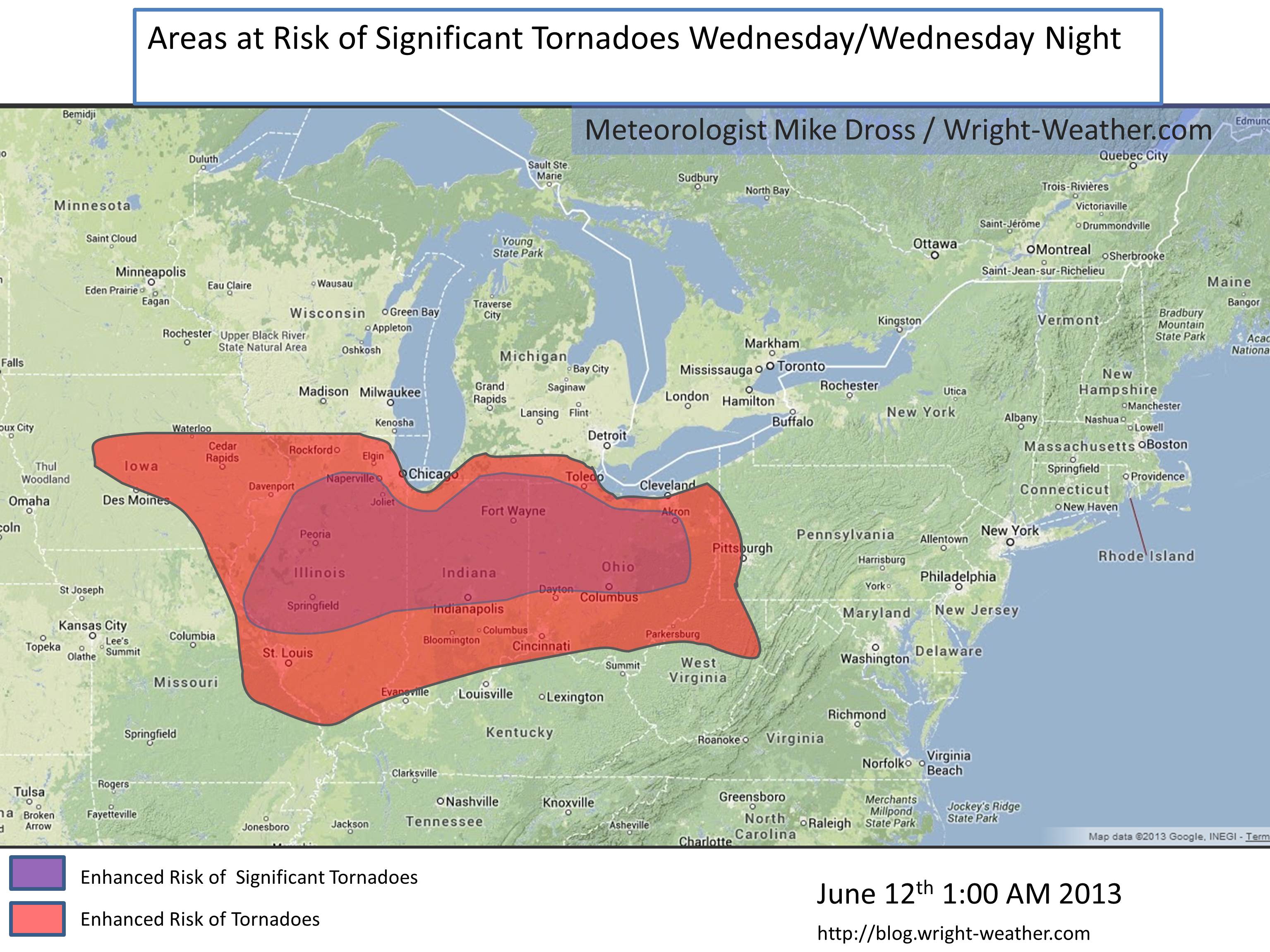 An anomalously strong late spring upper level trough will develop along the Eastern U.S. Coast by Friday.  Two shortwaves, one ejecting out of the southern stream over California, will at least partially phase with a second shortwave that drops southward into the Great Lakes  on Thursday.  These will combine to strengthen a surface low that will traverse from Iowa eastward to the New Jersey Coast.

Wednesday
A two-day event is expected as severe convection will likely generate near the surface low Wednesday afternoon across Illinois and Indiana where the best forcing will exist, however further east across Ohio and West Virginia additional severe storms may develop with the aid of warm air advection and a mid level wind max in the northwest flow, during the afternoon. If discrete convection develops across Ohio/Western West Virginia  on Wednesday afternoon there could be supercells and possibly strong tornadoes, given the favorable shear and other parameters. This is well ahead of the main forcing of the the surface low back to the west.

Wednesday Night
Intense convection is expected to develop across Illinois and Indiana and track eastward during the overnight hours. As the surface low deepens, warm air advection will continue to help destabilize the atmosphere near the warm front which is likely to be near Northern Ohio into Western Pennsylvania . A greater risk of significant tornadoes exist along this boundary. Just north of the warm front elevated convection may produce large hail and damaging winds.

Thursday
As the upper level shortwaves begin to phase, per the NAM.  The surface low is expected to slow somewhat and should allow for some destabilzation across the eastern portion of Virginia, Maryland, Pennsylvania, New Jersey during the afternoon.

Wind fields will support supercells and possible tornadoes from Central Pennsylvania to  New Jersey southward into the Carolinas .  The best parameters for significant tornadoes on Thursday will exist near the warm front across Pennsylvania, Maryland, Delaware & into New Jersey.

*All of this is highly dependent on surface heating and interaction with prior convective outflow boundaries, none of which the models can properly resolve at this time range.

Below are some of the products used to create the outlook.

If convection can initiate and overcome the convective inhibition across eastern Ohio Wednesday afternoon, the environmental conditions are favorable for discrete supercells and tornadoes. 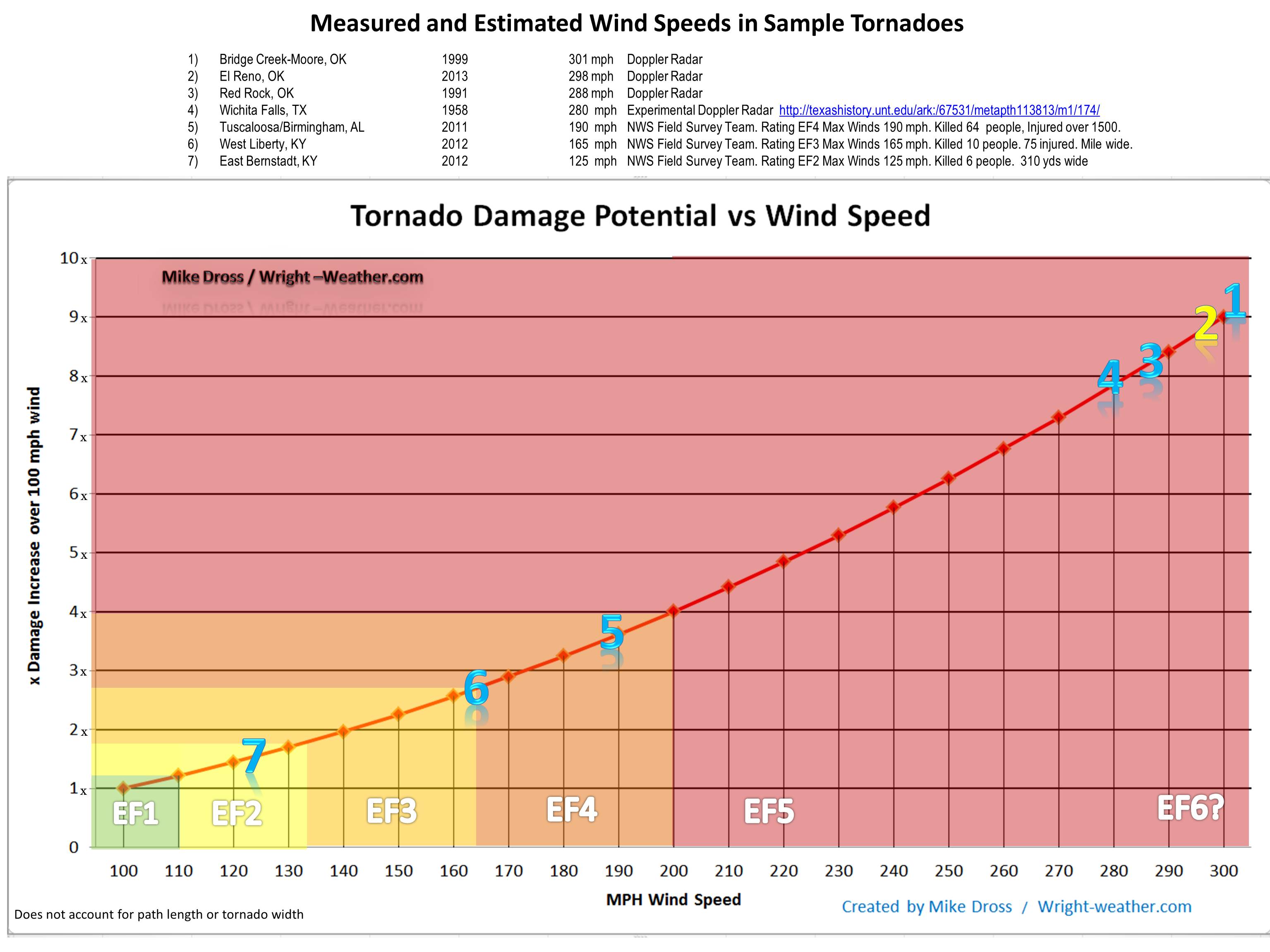 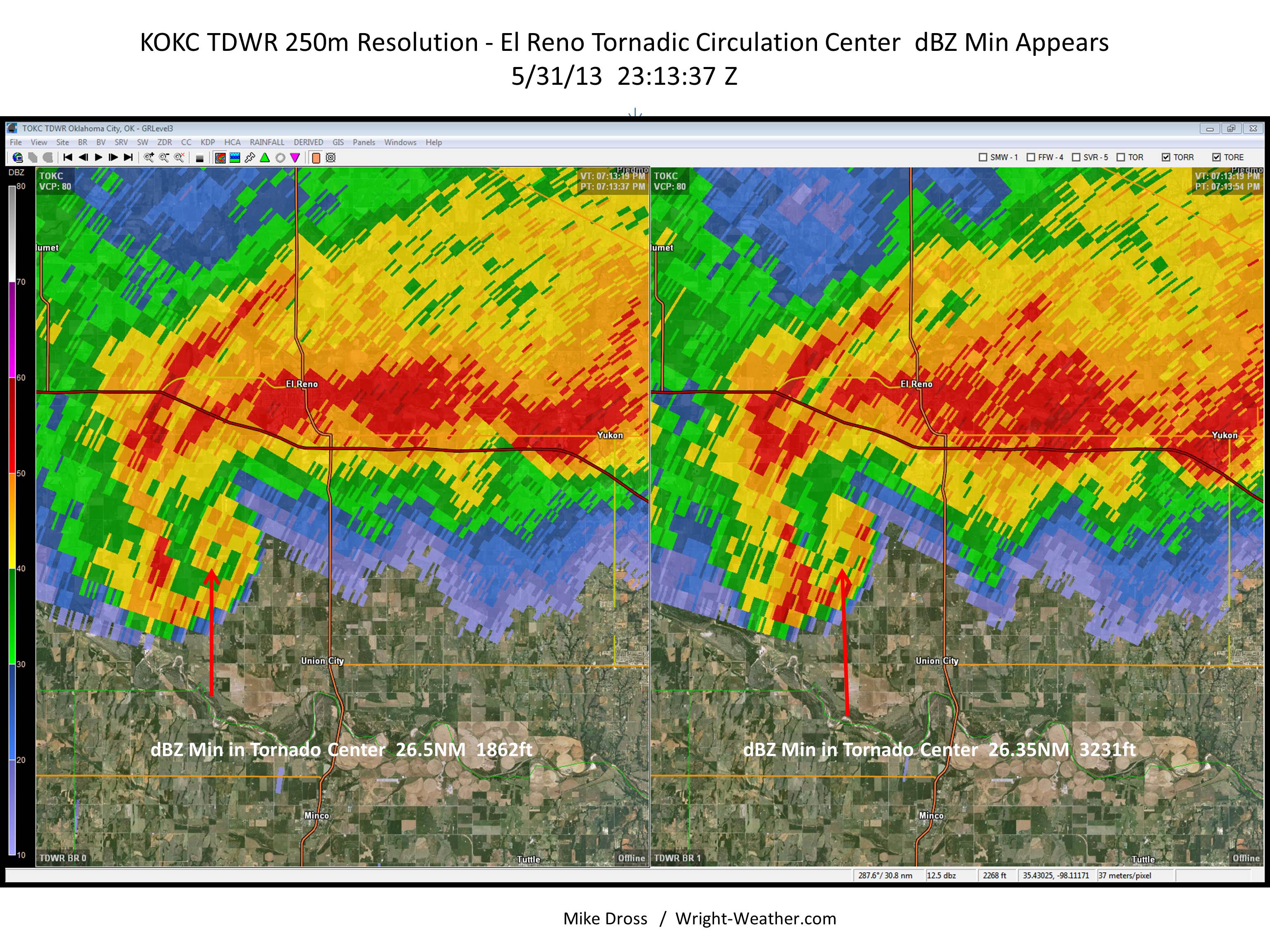 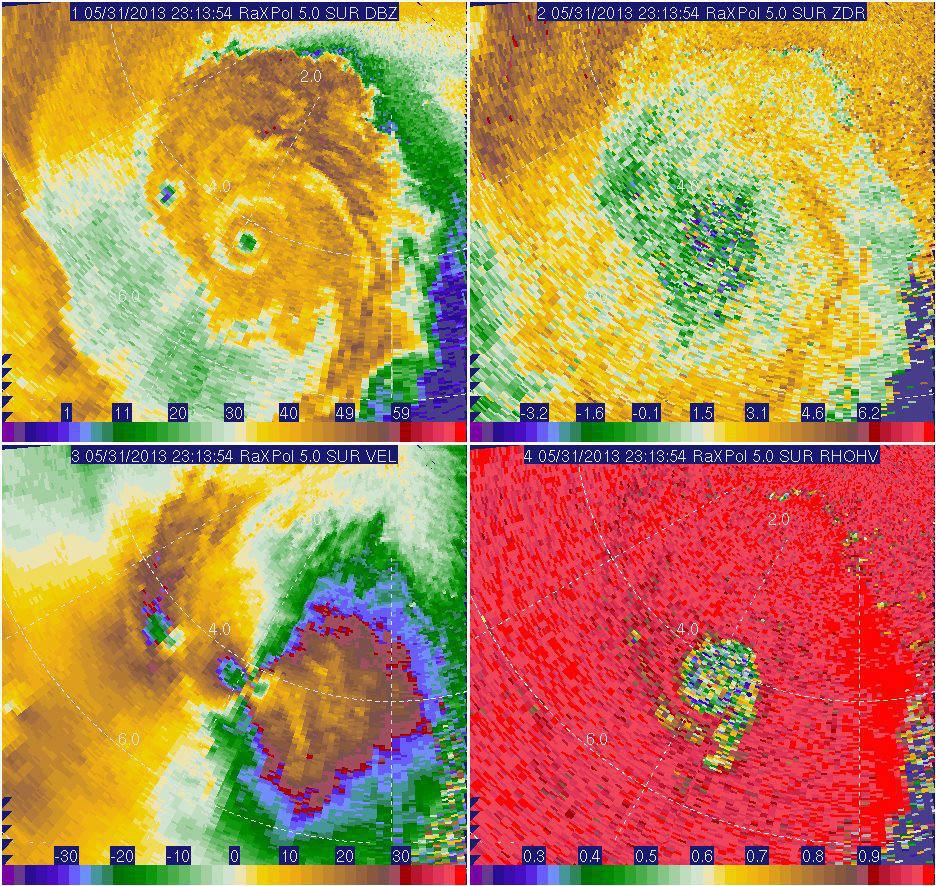 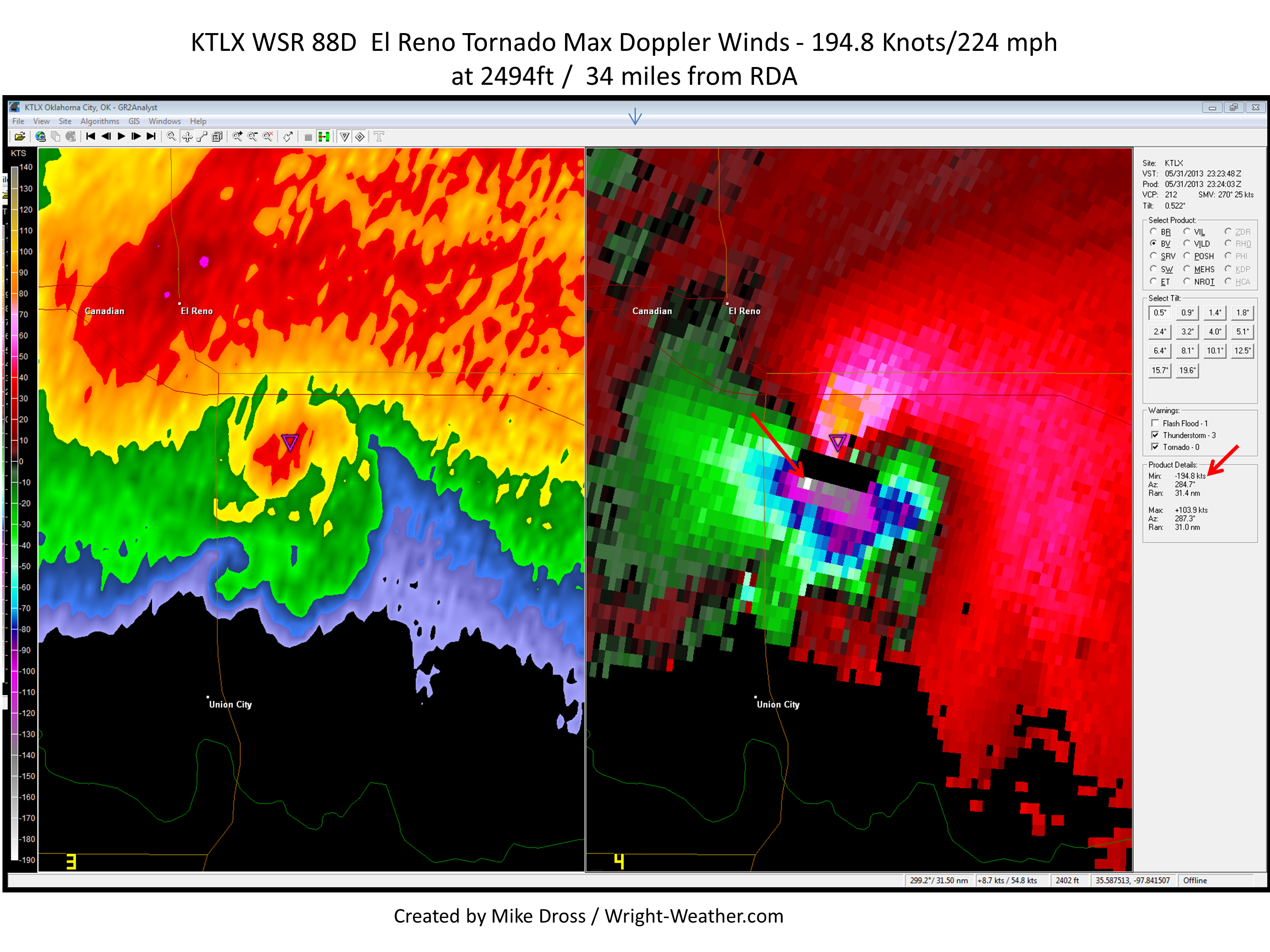 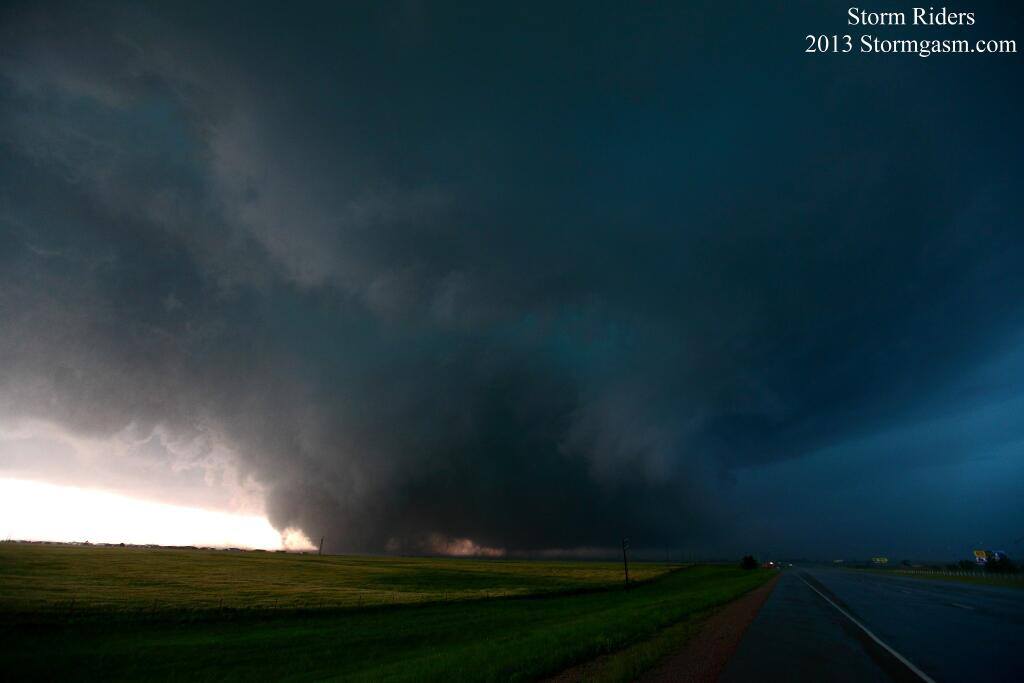