Freezing rain will moving into the populated region of New Jersey and New York City around midnight (2/5/14) and will persist until around noon Wednesday.  Temperatures in the New York city metro area are expected to remain near or slightly below freezing the duration of the event. Just northwest and west of the downtown area, slightly colder surface temperatures are likely.

Total precipitation amounts of 1.00-1.25″ is expected. A significant amount of drip loss will occur due to the heavy precipitation rate and the small air temperature delta to freezing point.  Where temperatures are likely closer to 29 or 30 degrees just west and northwest of the city, ice accretion amounts of 1/4″ to as much as 1/2″ are possible and could lead to a significant amount of power outages, if ice accretion amounts surpass 1/3″. 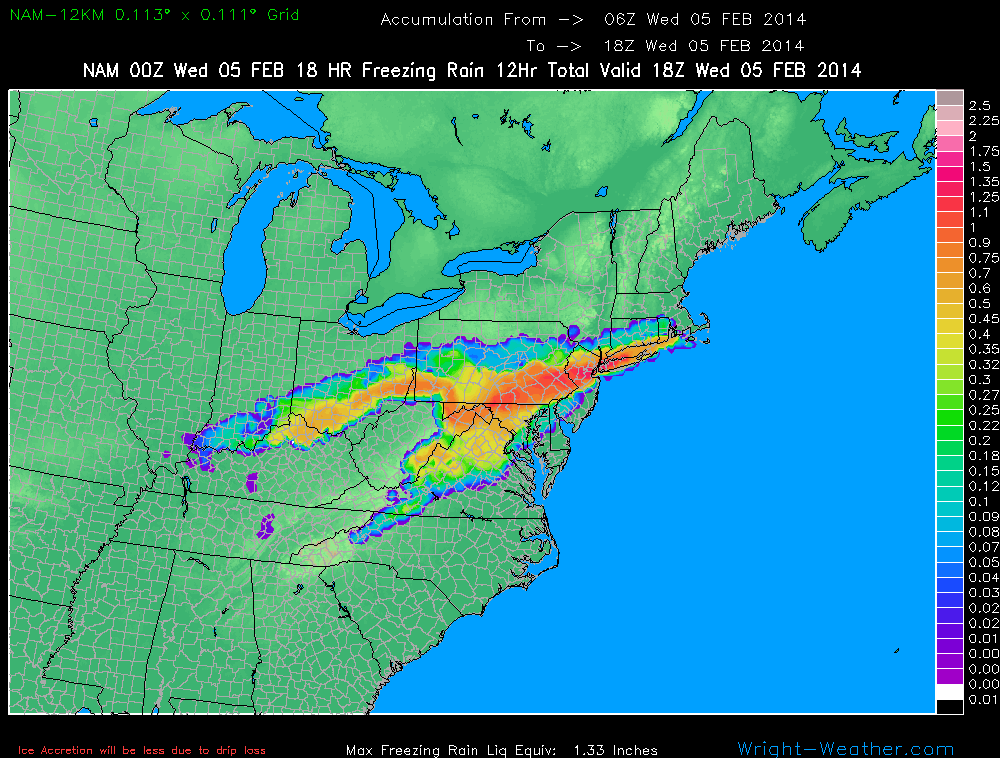