Why the differences between the ECMWF & GFS for the Nor-Easter next week? Has to do with phasing of the streams 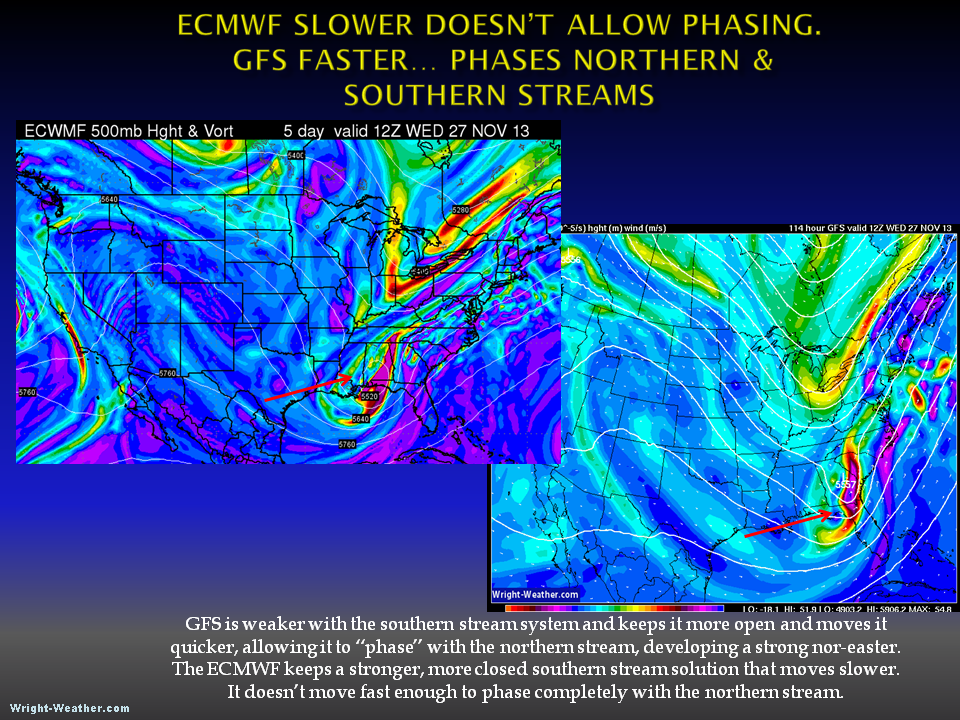 The numerical models historically have had a very difficult time trying to predict cut-off lows across the Southwestern U.S. that eject and try to phase with northern stream energy.

This is the case now, in regards to next weeks, all important holiday week forecast. The GFS Operational has consistently forecast a strong Nor-Easter with inland snow and a mixture/rain near the coastal areas & major metros in the Northeast.

The GFS Ensembles have trended in favor of the GFS operational, recently. The ECMWF operational is moving a much weaker system more off-shore with less of an impact.  The differences between the two can be seen by examining the upper air charts (500mb) and see how the models handle the northern and southern streams (height/vorticity).

The ensembles will be the most useful guidance over the next day or so as we try to get a handle on the likelihood that the streams will phase and to what extent.  Until then, I would be very leery of anyone telling you they know which solution is correct or what exactly is going to happen. These patterns are very complex and historically very challenging for the models to accurately simulate at these time ranges (4-5 days out). 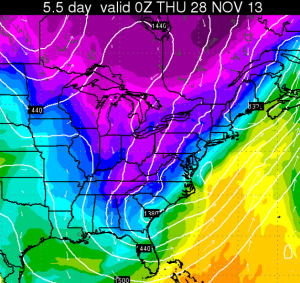 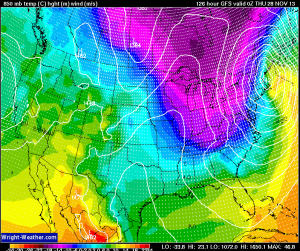