Quite a bit of uncertainty, but the latest data suggest the potential for severe thunderstorms and possible tornadoes across Eastern Texas and the Deep South Saturday as a strong, negatively tilted, shortwave ejects across Texas.  Stay tuned over the next couple of days if you live in this area. 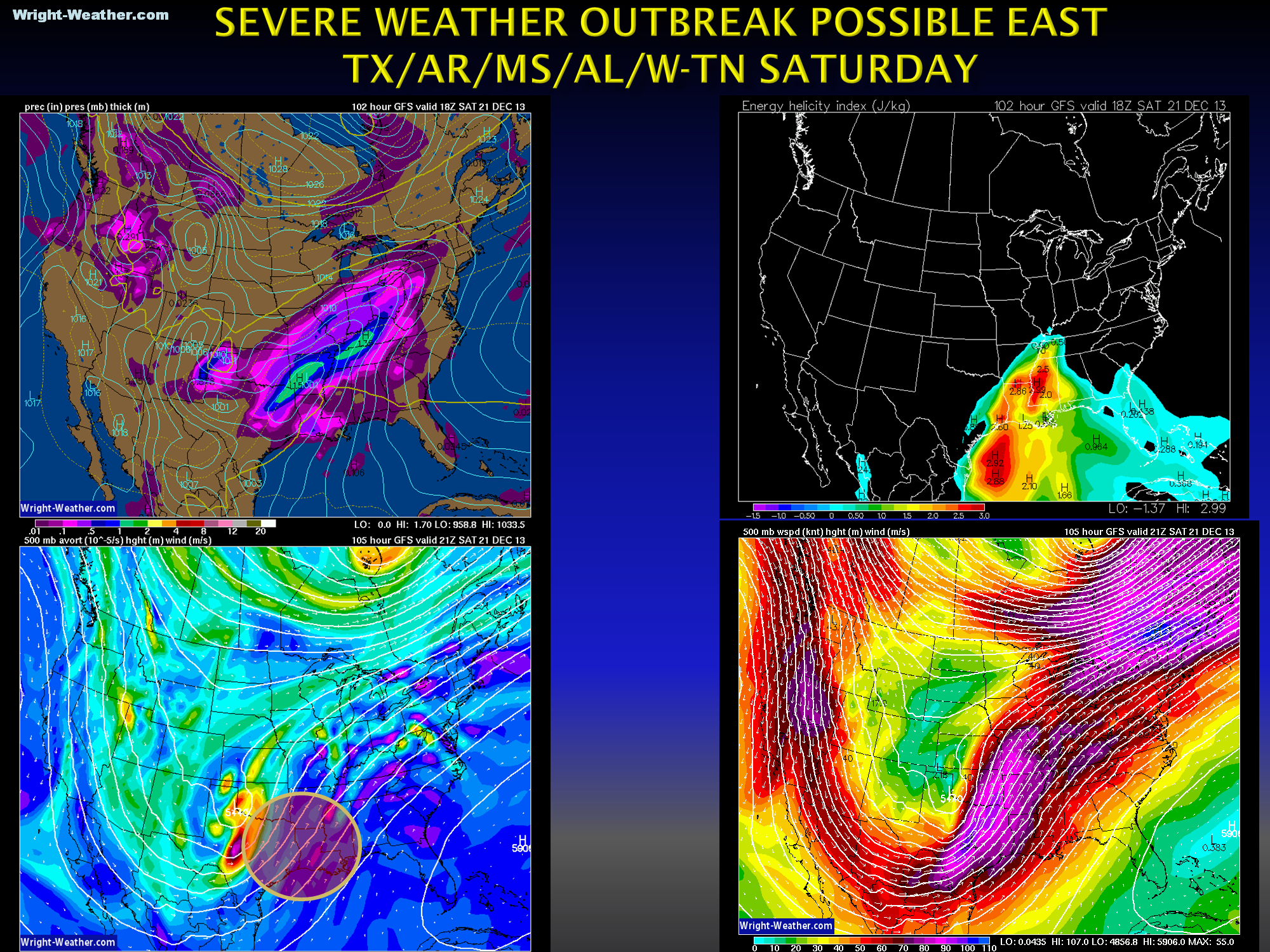 After reviewing the 00Z model guidance, it appears that the instability will be somewhat limited on Saturday, due to clouds and marginal lapse rates.  Severe thunderstorms with damaging winds are likely to develop across East Texas during the morning and spread quickly eastward during the day. 0-6Km shear vectors are large and 0-1km helicity values will be locally high,  so some low-top supercells are likely, including the risk of a few tornadoes. But given the expected limited instability, SFC CAPE <1000, a widespread outbreak of tornadic supercells seems unlikely.  The threat of damaging winds is high however, as the low level jet increase to over 70kts during morning and early afternoon.

This is how it ended.  5 Tornado reports and 378 wind damage reports. 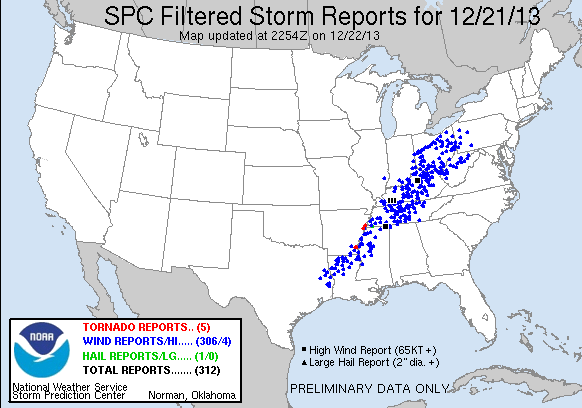